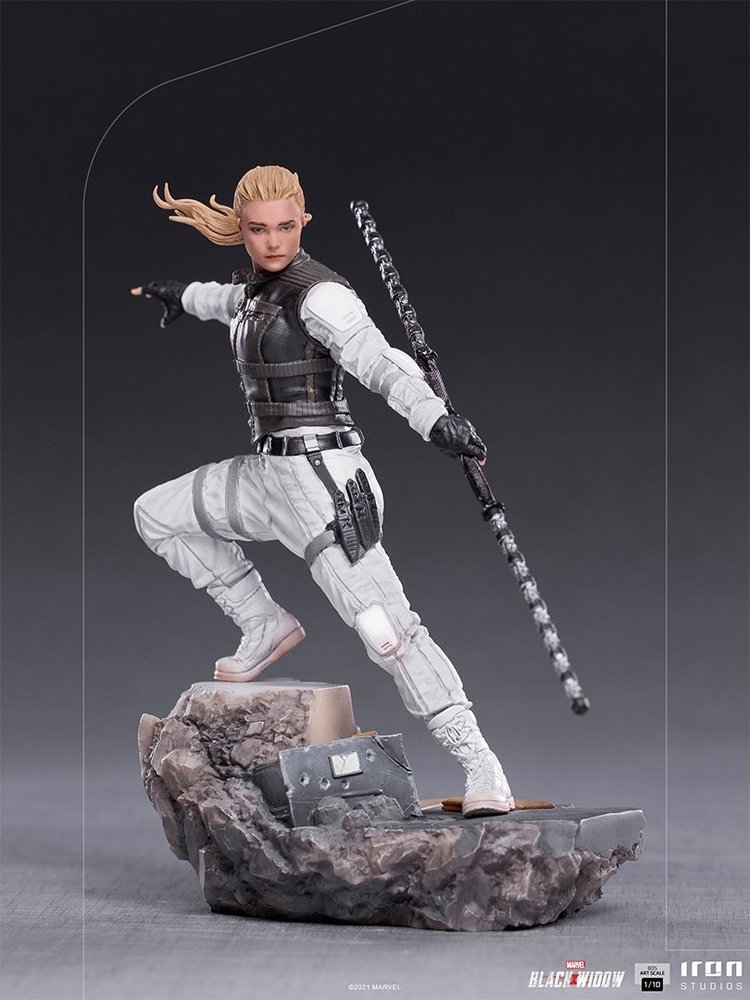 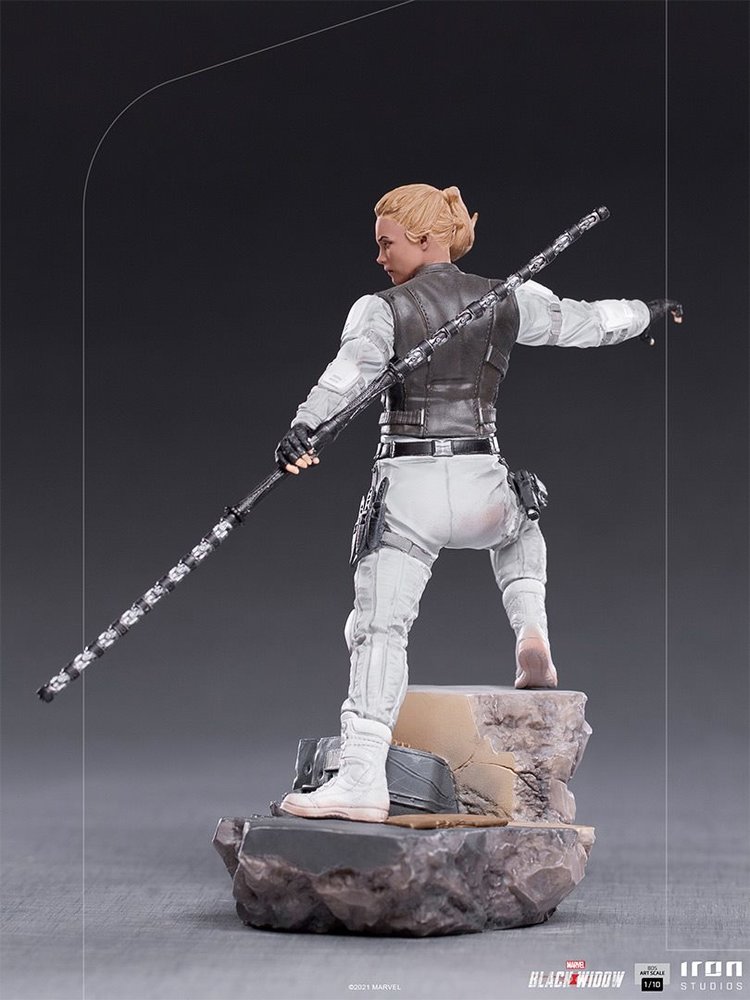 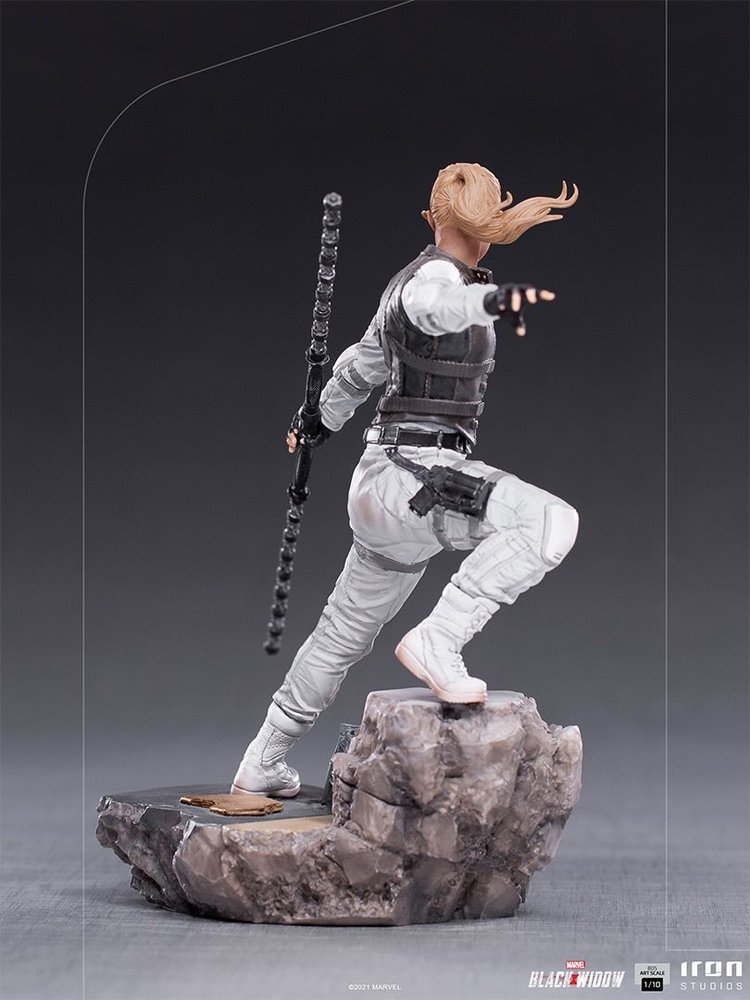 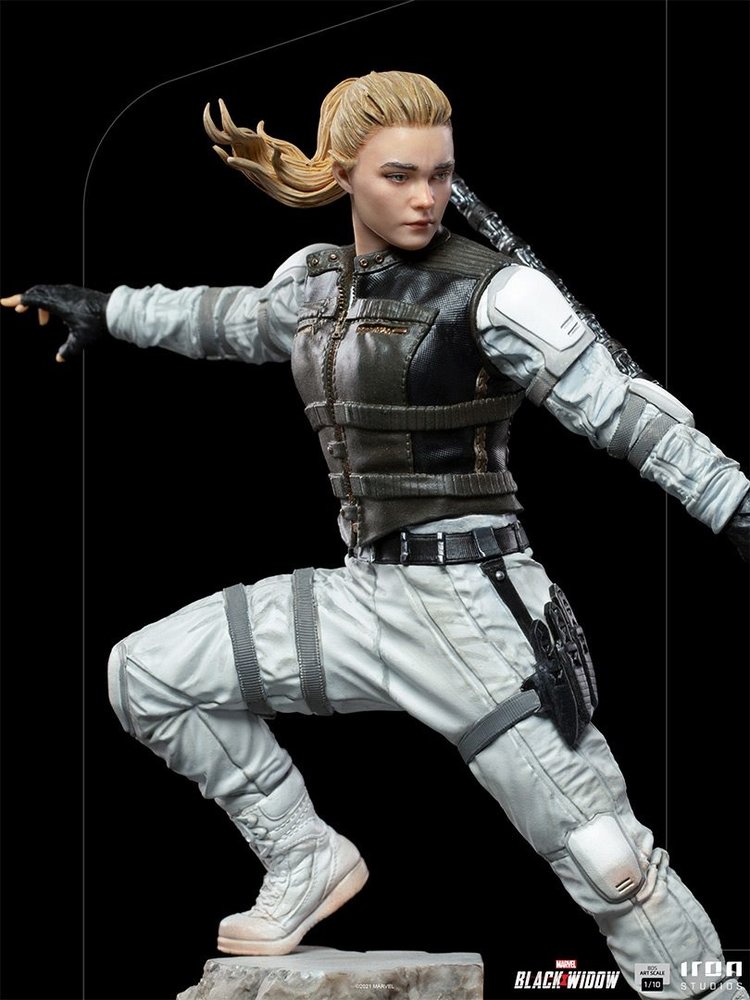 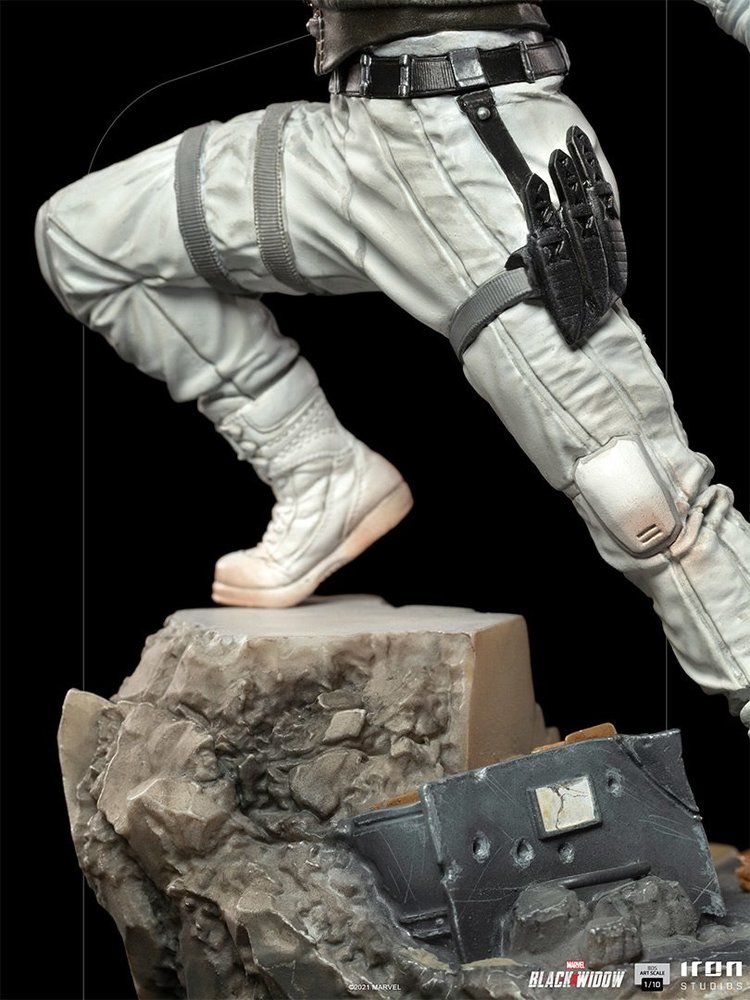 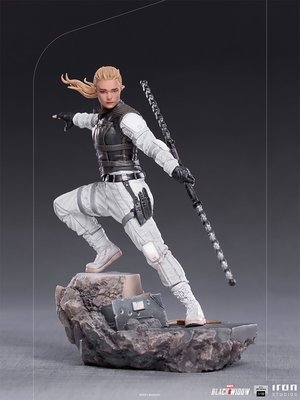 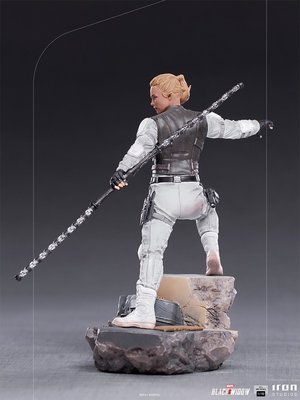 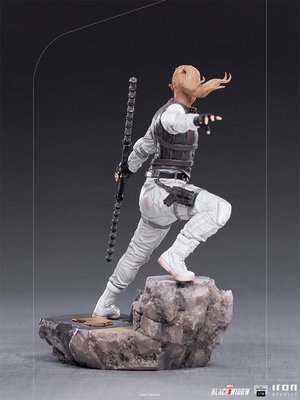 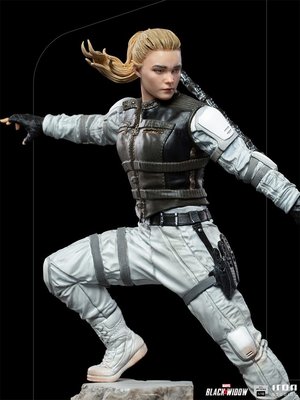 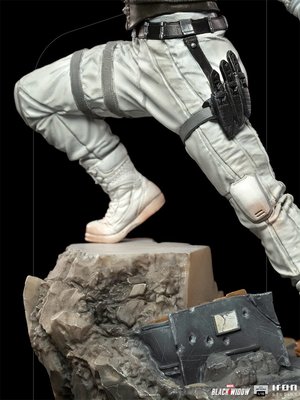 With a body expression full of movement, the figure of the blond Russian agent climbs a diorama base full of debris and elements of a combat scenario. Dressed in a white tactical uniform, with a black vest and gloves, she poses with her long stick in her left hand, as if spinning it, ready to confront an opponent who tries to surprise her in vain. Thus Iron Studios presents the statue "Yelena BDS Art Scale 1/10 - Black Widow - Iron Studios", Natasha Romanoff's ally in the Black Widow movie.

In the Marvel comics, Yelena Belova and Natasha Romanoff participated in the same training program for intelligence agents in the so-called Red Room, with Yelena receiving the same training to become as effective a spy as Romanoff. The blonde became the second agent to adopt the code name Black Widow. She is a master in martial arts, sniper, computer expert, and fluent in several languages. In addition to remarkable acrobatic skills, thanks to her high physical and athletic conditioning.

The statue faithfully portrays the characteristics of actress Florence Pugh, who plays the spy in the MCU movie Black Widow, which will premiere on July 9 in theaters and on Disney+ streaming. This piece will be part of a series that forms a diorama, with Yelena alongside her allies The Red Guardian and Black Widow against the mercenary Taskmaster, also by Iron Studios. 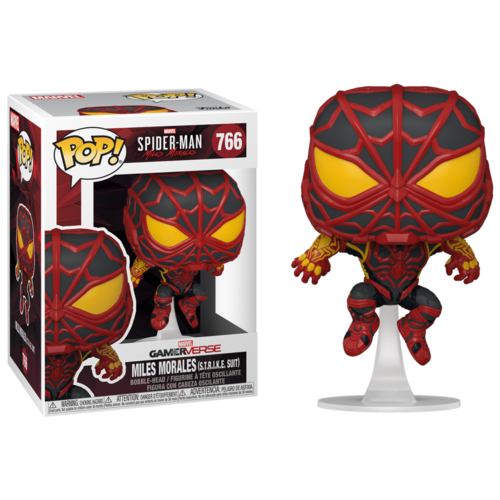 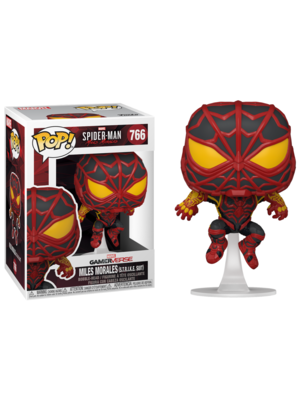 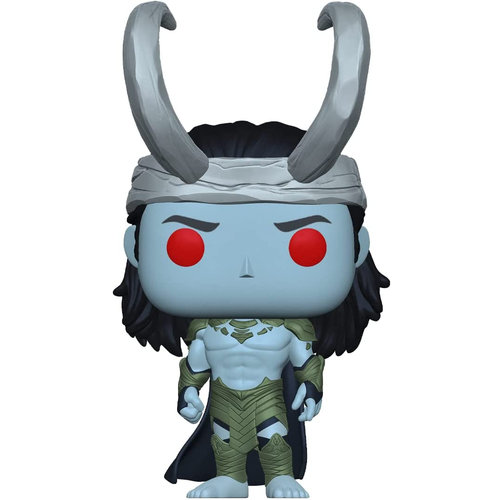 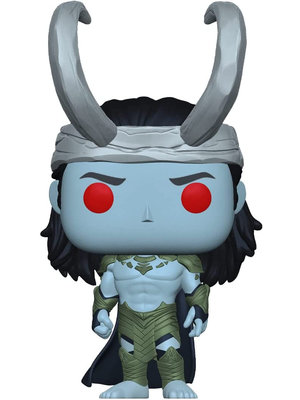 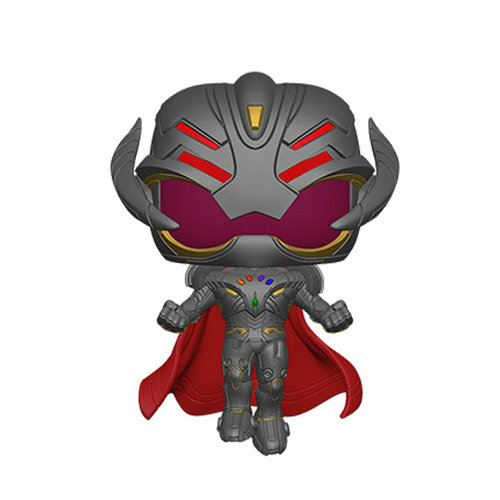 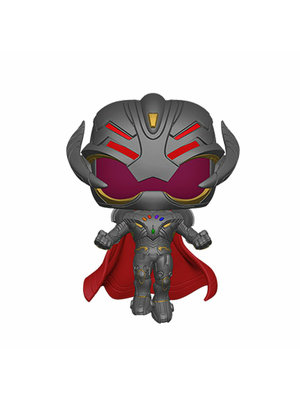 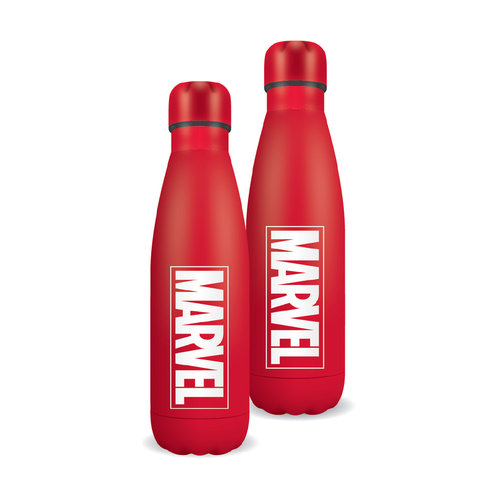 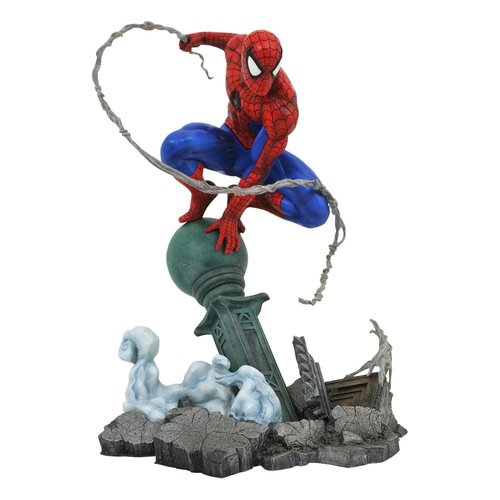 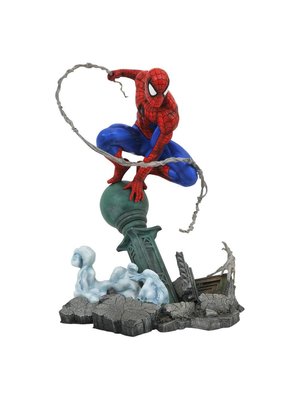 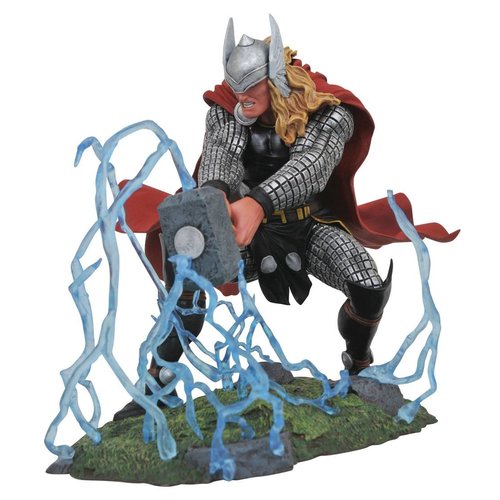 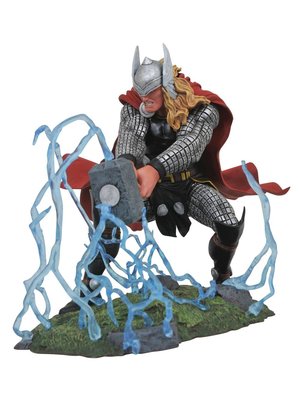